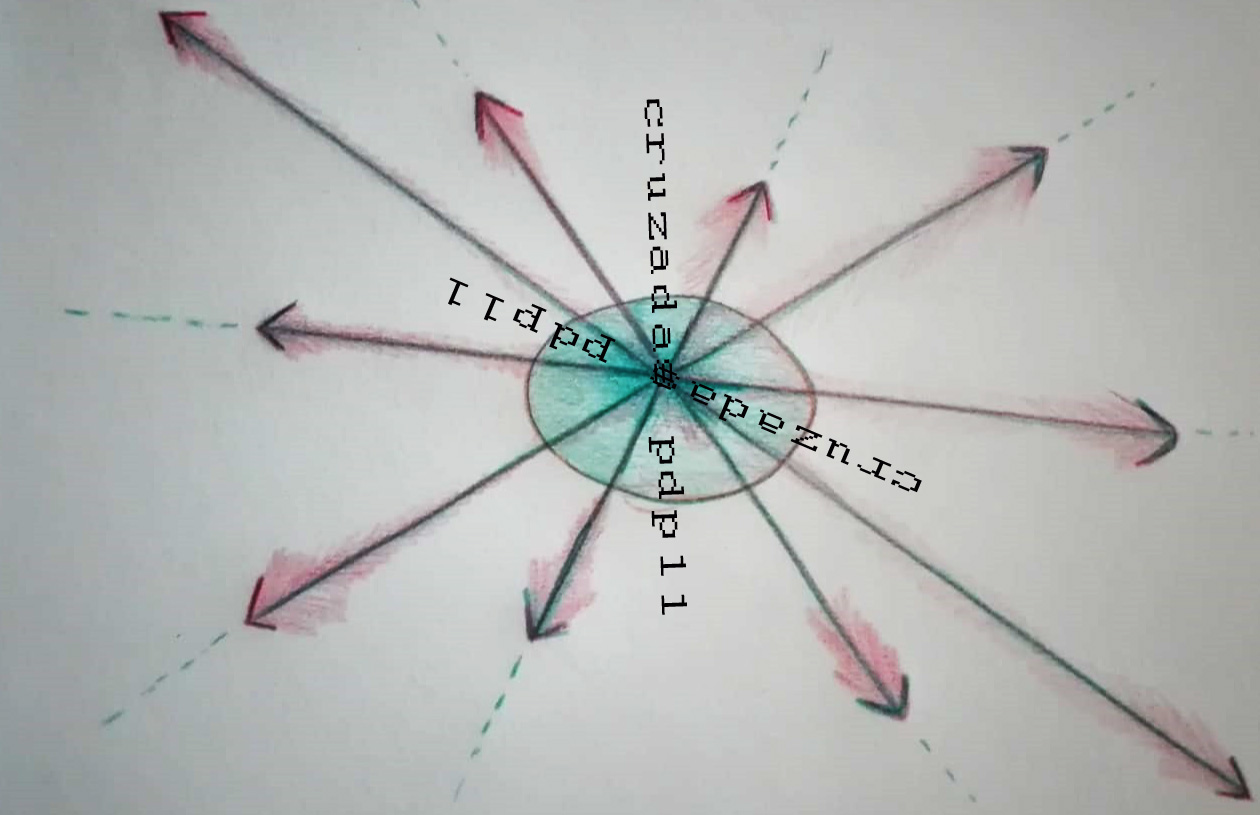 Crusades has been made following a model of improvisation by crossing paths. The idea is to develop a composition only with reference to a part of it. A person begins the process by making a composition or sound improvisation, that first source is passed to a second person who, from the first one, develops another coherent sound line, the result of the second source without the first one being passed on to another person, and in this way the process is repeated as many times as you want. At the end all the sources are assembled in a single composition and the obtained result is analyzed. For this project, two stereo sources per musician have been developed, since two have been obtained 8 channels, which really are 4 stereo.

This project was presented at the Zeppeling 2018 festival.