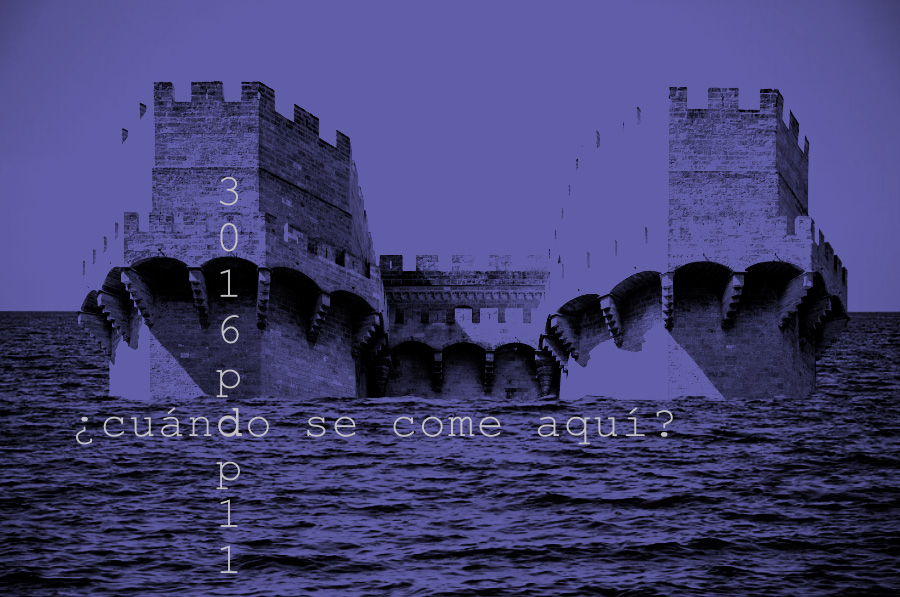 «El Carmen year 3016. The sea has flooded almost the entire planet, the only dry areas of the neighborhood are the Torres de Serrano, the Quart and the Miguelete tower. There the few inhabitants of the neighborhood go to get food. Due to the toxicity of dry areas, scientists strive to obtain nutritious food. The different chemical transformations that are made on vegetables, make it essential to ingest the chemical powders in the proper order to avoid the reactions caused by instant asphyxia. That is why you have to educate the population in the exact steps of preparation and consumption of nutrients. To this situation is added the loss of senses of the population, it is estimated that each individual only conserves 2 of the five senses. This limitation causes the instruction to be carried out through multiple means: sounds, images, tastes, smells and frictions. The food is presented in boxes distributed in compartments and labeled numerically, despite the strict rules of consumption that are printed in the same box, it is necessary to establish consumption protocols by sound and image. People who lack a sense of hearing and sight should be guided by others. »
The PDP11 collective presents a reflection on the Carmen neighborhood in the distant future. The sea has invaded the neighborhood and the future of the population is governed by the basic needs: eating and drinking. «¿Cuando se come aquí? (When is it eaten here?) It is a multisensory performance that raises the different phases for the ingestion of pre-prepared foods. Boxes were distributed with envelopes with food. The public was tasting them while explaining the consumption procedure through images and sound. Initially the performanece was designed to be developed on top of one of the emblematic towers of the Carmen neighborhood, where the horizon is interpreted as a land conquered by the sea, but it was not possible and finally it developed into a wasteland in the neighborhood.